There’s a lot to see and do in the city and surrounding area. Here’s our list of the Top 10 things to do in Bialystok. Click on the links for further information or to book a tour & buy ticket.

Built for a man who wanted to be the King of Poland, the Branicki Palace and gardens is a good way to kill a few hours whilst you are in Bialystok. It’s a beautiful palace with impressive gardens, complete with pavilions, sculptures and outbuildings. The gardens are free and are open all year. It is possible to see the interior of the palace, some parts can be accessed for free, other areas require that you purchase a ticket. The palace contains the Museum of the History of Medicine.

Bialystok is part of an area known as the ‘Green Lungs of Poland’ for the quality of its air, and this sprawling, ‘Planty Park’ that occupies over 35 acres near Branicki Palace is the perfect place to enjoy it.

2. Girl with a Water Can Mural Painted on the side of the four-storey high building at al Józefa Piłsudskiego 11/4 is a mural of a little girl appearing to water an actual tree and this has become a Bialystok icon. The official name for the art is The Legend of Giants, it was pained by Natalia Rak in 2013.

There are a number of good museums in the city such as The History Museum, which showcases the history of Bialystok and Podlasie. A light show featuring a large model of Bialystok in its late 18th-century heyday is the highlight of this museum, which is an annex of the Podlasie Museum, which can be found at the Town Hall.

Before World War II, Bialystok had 60 synagogues serving a population of over 40,000 Jews, or about half of the city’s population. Only three synagogue buildings survived the war, one of which was the Cytron Synagogue where the few hundred Bialystok Jews who survived the Holocaust worshipped after the war. Today it is a branch of the Podlasie Museum and is used as an art gallery and for special exhibitions.

The main market square and focal point of the city, the Rynek has been rebuilt several times and has an unusual trapezoidal shape. The square houses the Town Hall, which is home to the Podlasie Museum.

A cultural institution founded to celebrate the organisation of the 94th World Congress of Esperanto that was held from 25 July to 1 August 2009 in Bialystok. The Zamenhof Centre offers the visitors a permanent exhibition, ‘Bialystok of Young Zamenhof’ and various temporary exhibitions, concerts, film projections, and theatre performances. 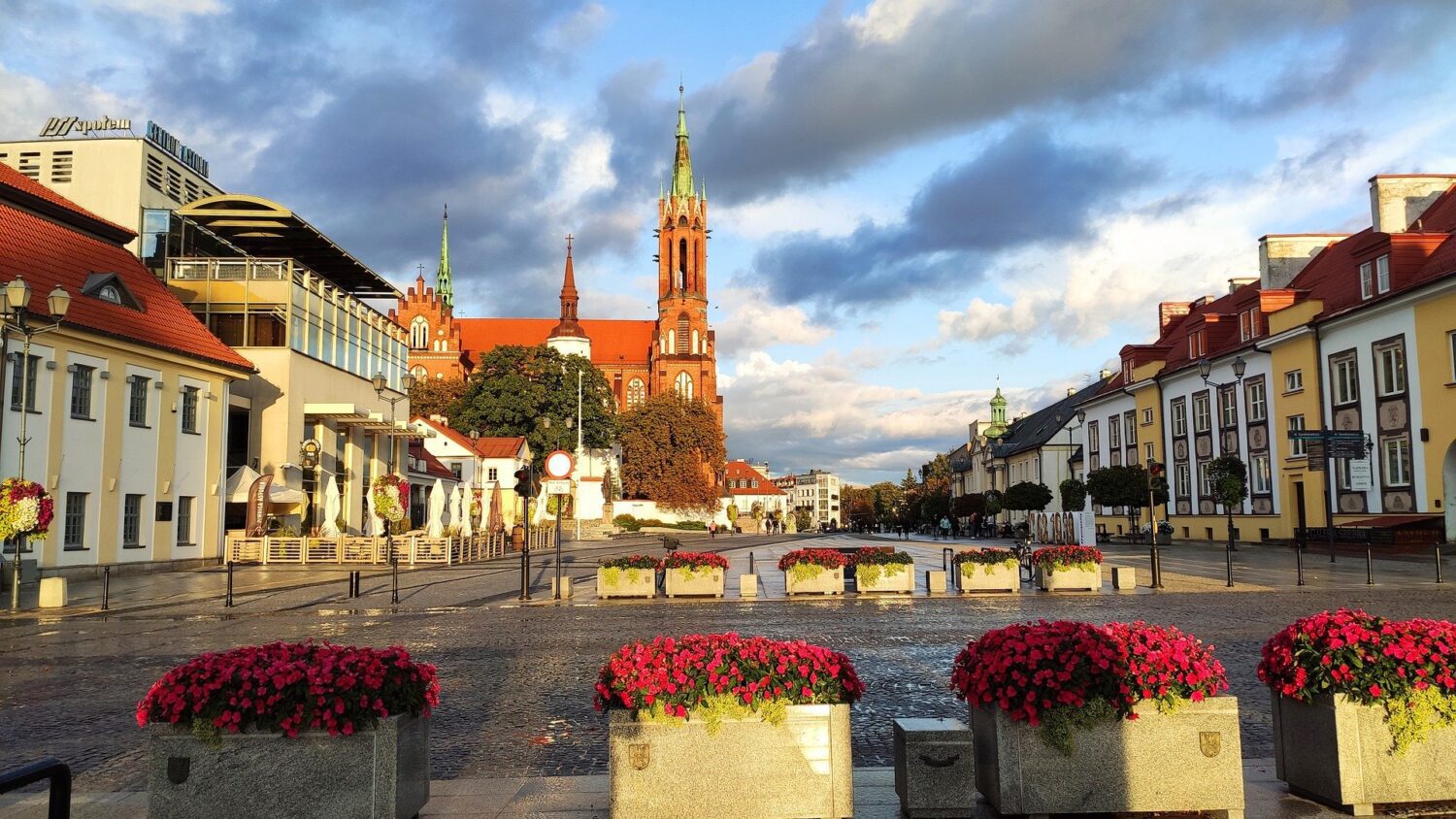 Dating from 1905, the grand neo-Gothic brick Roman Catholic cathedral in Bialystok is attached to a late-Renaissance parish church dating from 1627 and an 18th-century baroque presbytery. The actual name for the cathedral is The Metropolitan Archcathedral Basilica of the Assumption of the Blessed Virgin Mary.

8. Museum of the History of Medicine & Pharmacy

9. Orthodox Church of the Holy Spirit

The largest Orthodox church in Poland, which is topped with a cross weighing an impressive 1500kg. The large cross represents Christ, while 12 smaller crosses around it represent the apostles.

A Byzantine style church built in 1846 with a central cupola.

Q: What is the currency used in Białystok?
A: The official currency in Białystok and all of Poland is the Polish złoty (PLN).

Q: What is the weather like in Białystok?
A: Białystok has a temperate continental climate, with warm summers and cold winters. The average temperature in the summer is around 21°C (70°F) and in winter is around -3°C (27°F).

Q: Are there any good places to eat in Białystok?
A: Białystok offers a wide variety of dining options, from traditional Polish cuisine to international cuisine. Some popular restaurants in the city include Karczma Bida Pod Lipami, Karczma Zielona, and Restauracja Pod Arkadami.