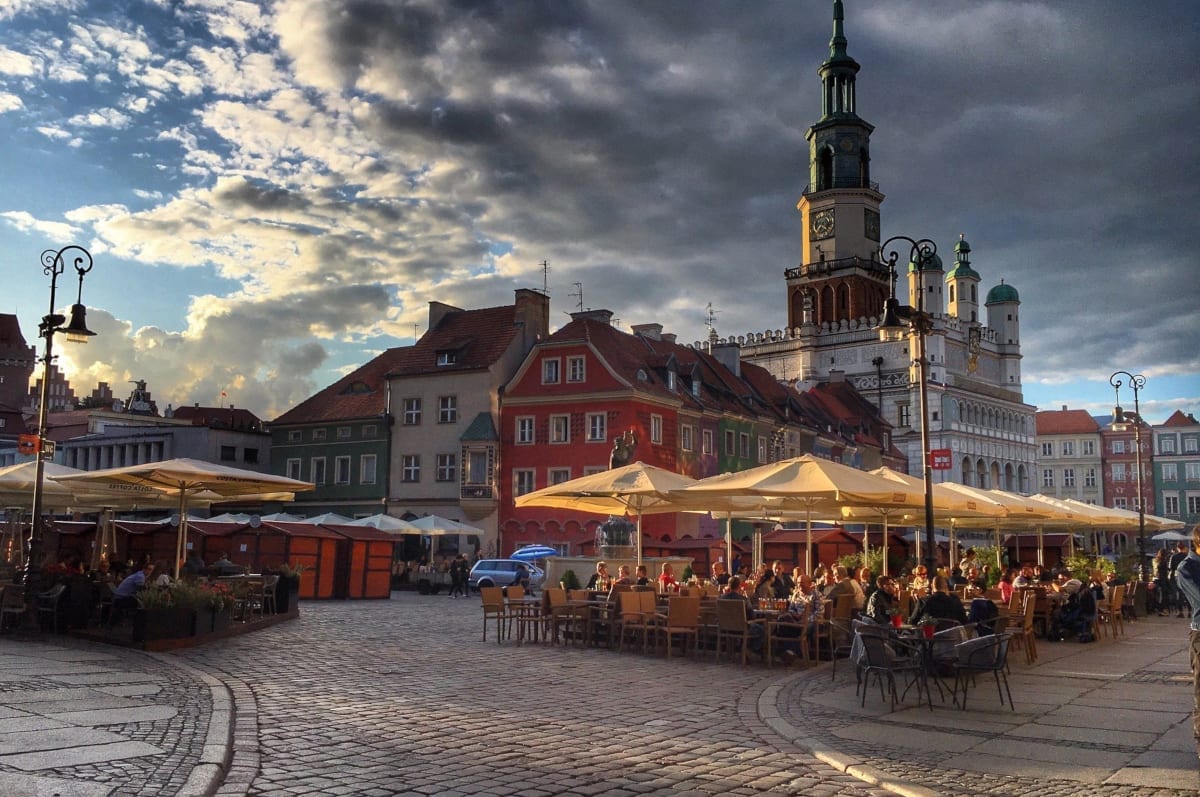 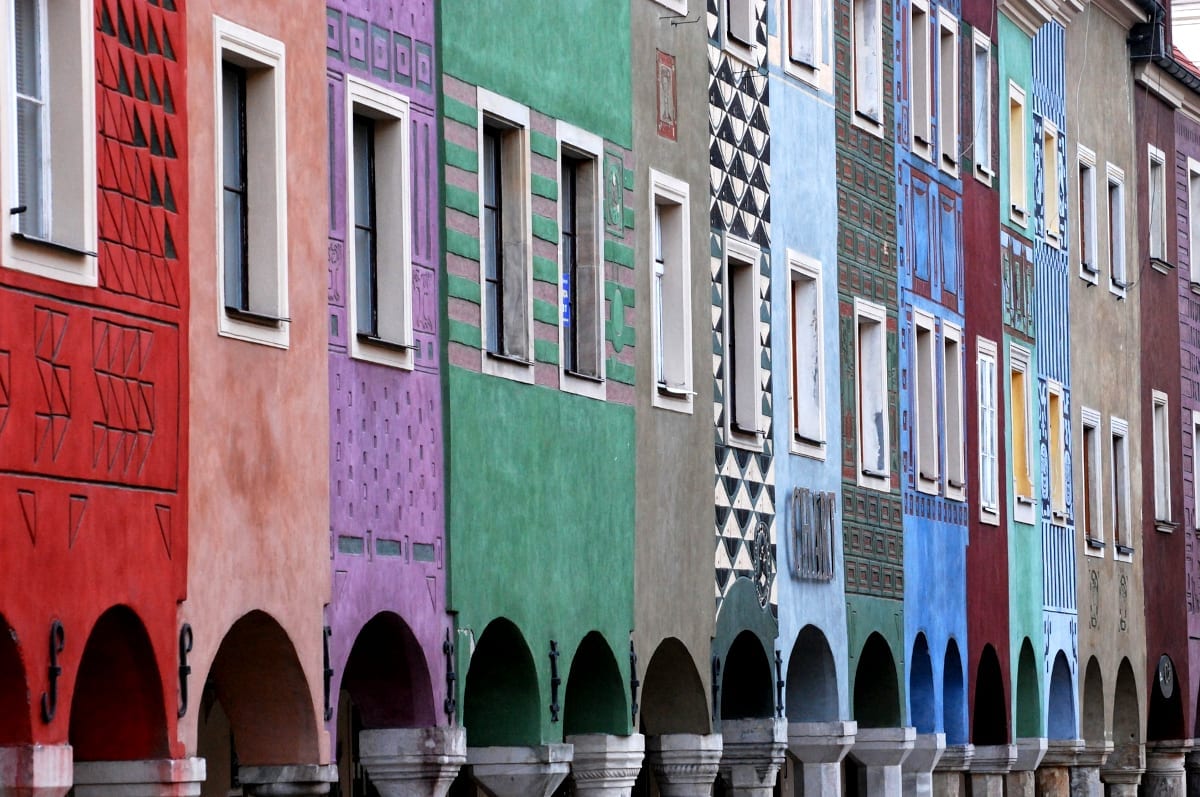 Poznań is located on the Warta River in west central Poland and is the administrative capital of the Greater Poland Voivodeship. The city is an important cultural, trade, sports, technology and tourism centre and one of Poland’s most populous regions.

Adam Mickiewicz University is one of the three best universities in Poland after the University of Warsaw and University of Kraków. Poznań has a student population in excess of 100,000.

Poznań is best known for its renaissance Old Town and Ostrów Tumski Cathedral in addition to hosting the Saint John’s Fair, which is one of the largest fairs in Europe. The city is also home to one of the oldest zoological gardens in Poland, which was established in 1874.

The city has an energetic personality with a buzzing city centre full of people enjoying its multitude of bars, clubs and restaurants. Independent of any tourists, Poznań has its own distinctive vibe due to the combination of huge student population and international business travellers.

Poznań offers many historical attractions such as Poznań Town Hall, the National Museum, Grand Theatre, Fara Church, Poznań Cathedral and the Imperial Castle. Many of the historic buildings and sights are concentrated around the Old Town and the Royal-Imperial Route, a tourist walk through the most important parts of the city. 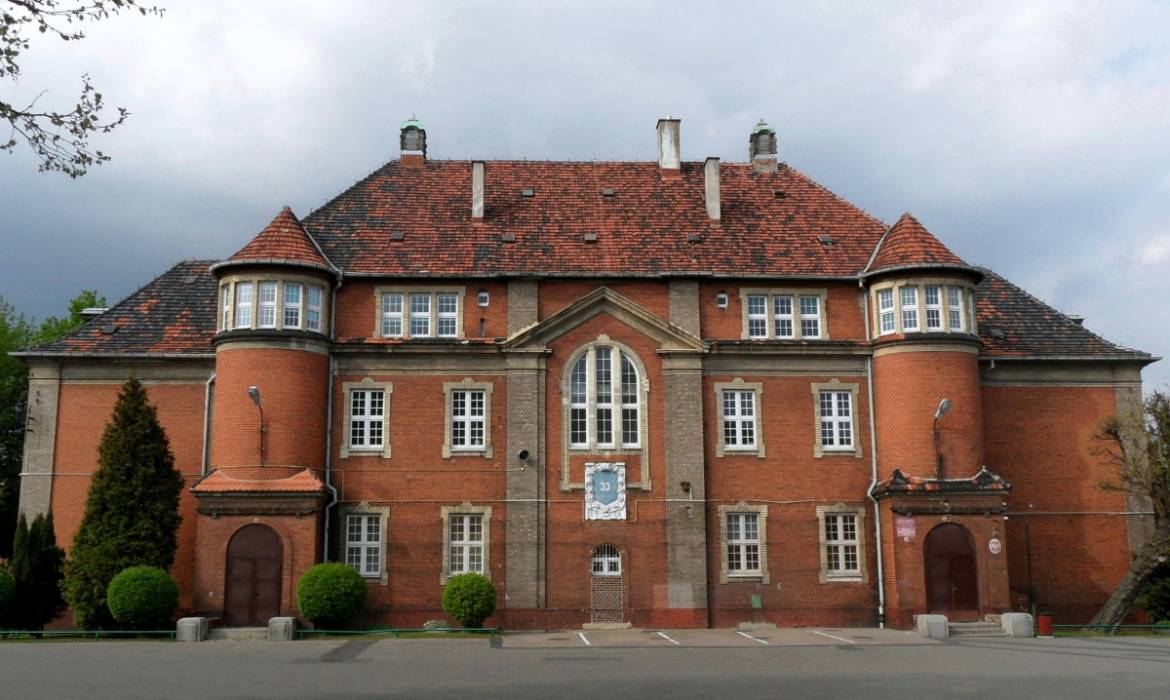 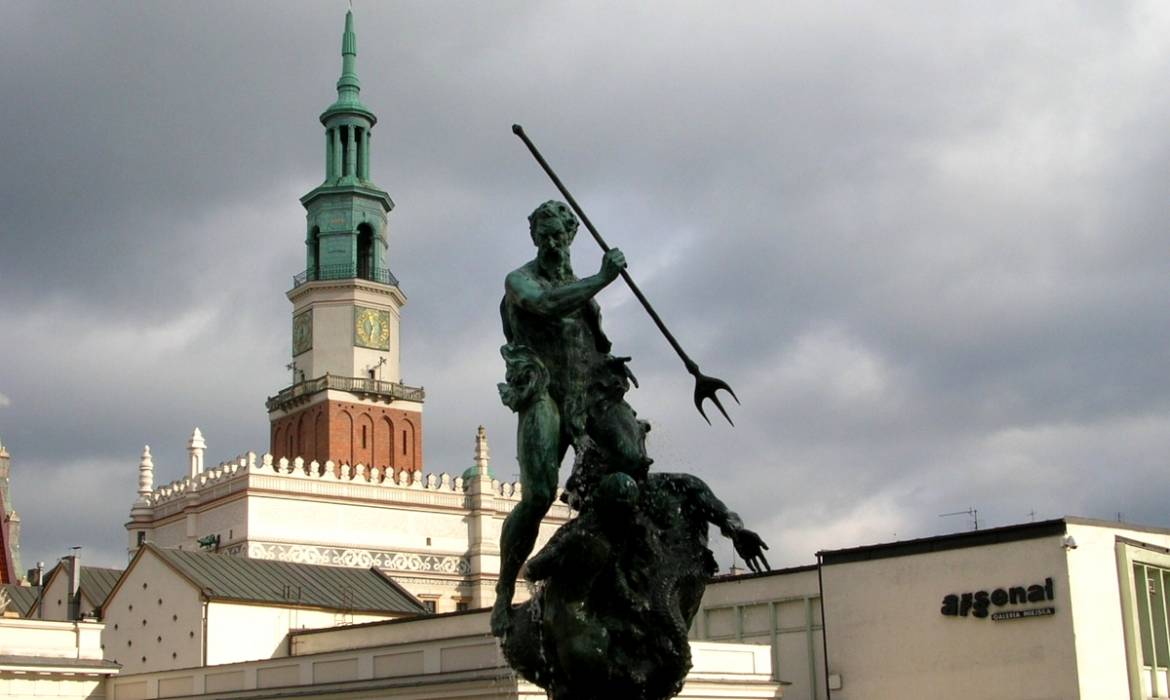 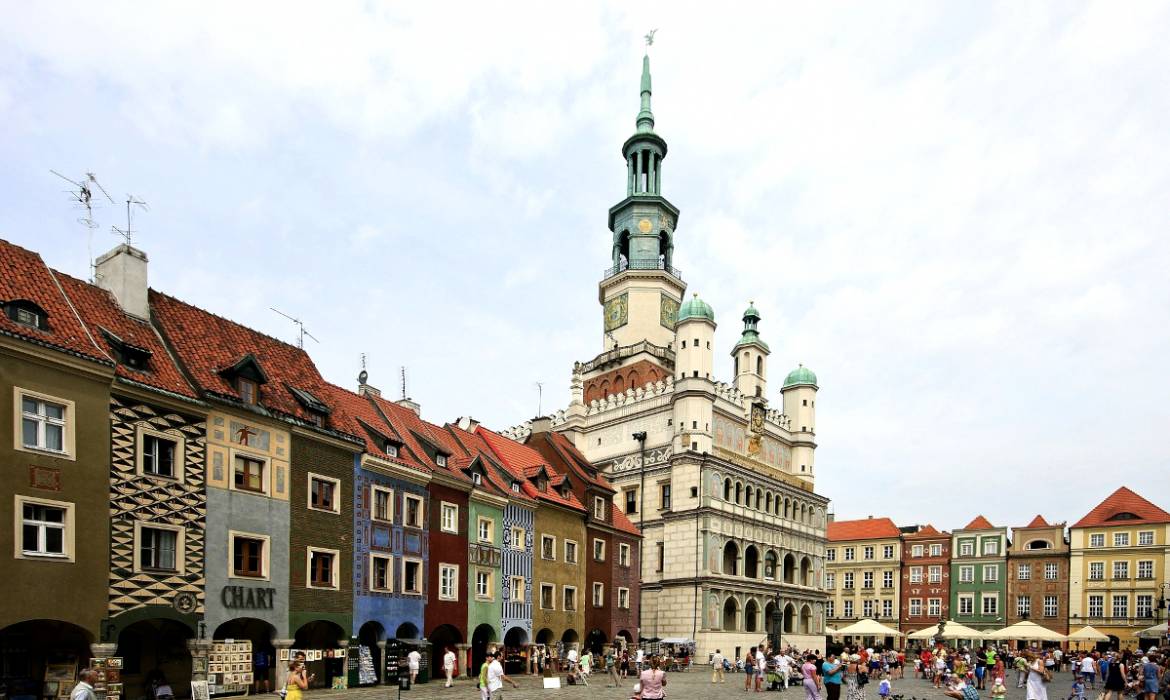 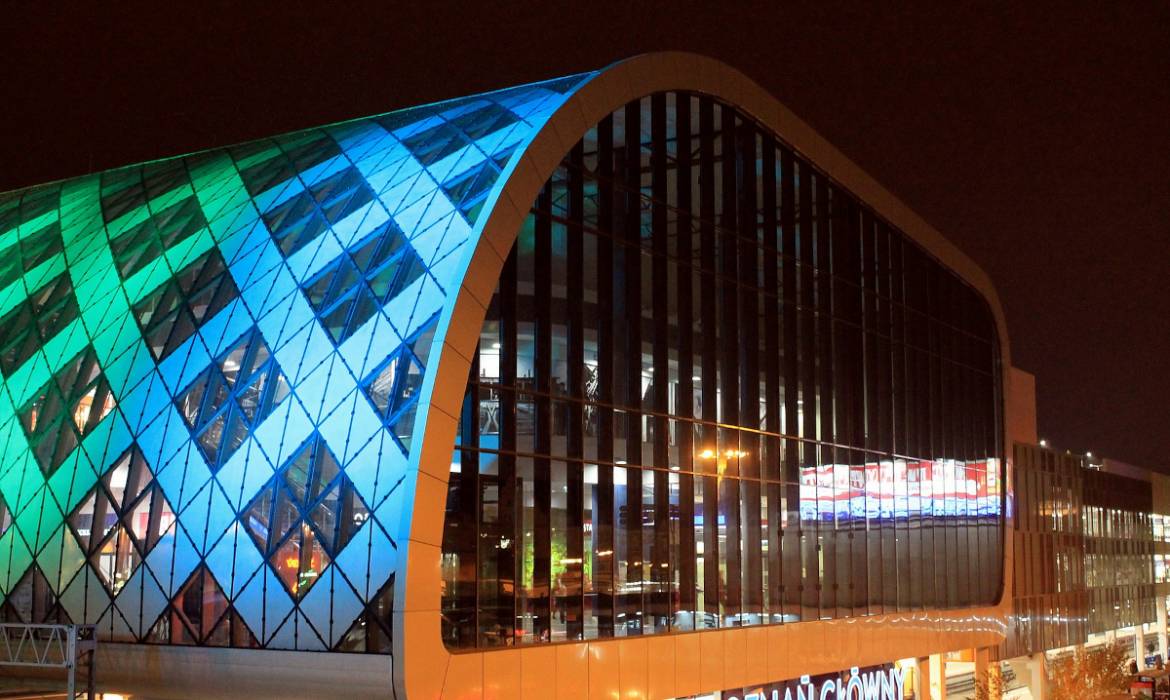 Every year on 11 November, Poznanians celebrate The Day of St. Martin. A procession of horses, with St. Martin at the head, parades along St Martin Street, in front of The Imperial Castle. On this day, the locals eat St. Martin's croissants, a croissant with white poppy-seed filling traditionally prepared in Poznań.

A big chunk of Poznań is covered in greenery including the Morasko Meteorite Reserve with its craters formed by meteorite strikes. Wielkopolska Natural Park and Rogalin Landscape Park are nearby. There are four large lakes within the city borders including Malta Lake with its artificial ski slope and annual regatta.

Greater Poland (Wielkopolskie) is often referred to as being the “Cradle of Poland" and if you want to experience the essence of Poland’s eventful history, this is the province to head to. The Polish state was founded here in the Middle Ages with the cities of Poznań and Gniezno being the early centres of royal power.

Poznań is famous for its football teams, Warta Poznań, which was one of the most successful clubs in pre-war history, and Lech Poznań, who are currently one of the biggest clubs in the country, frequently playing in European cups and have many fans from all over the region.

Check out the Top 10 things to do in Poznań. 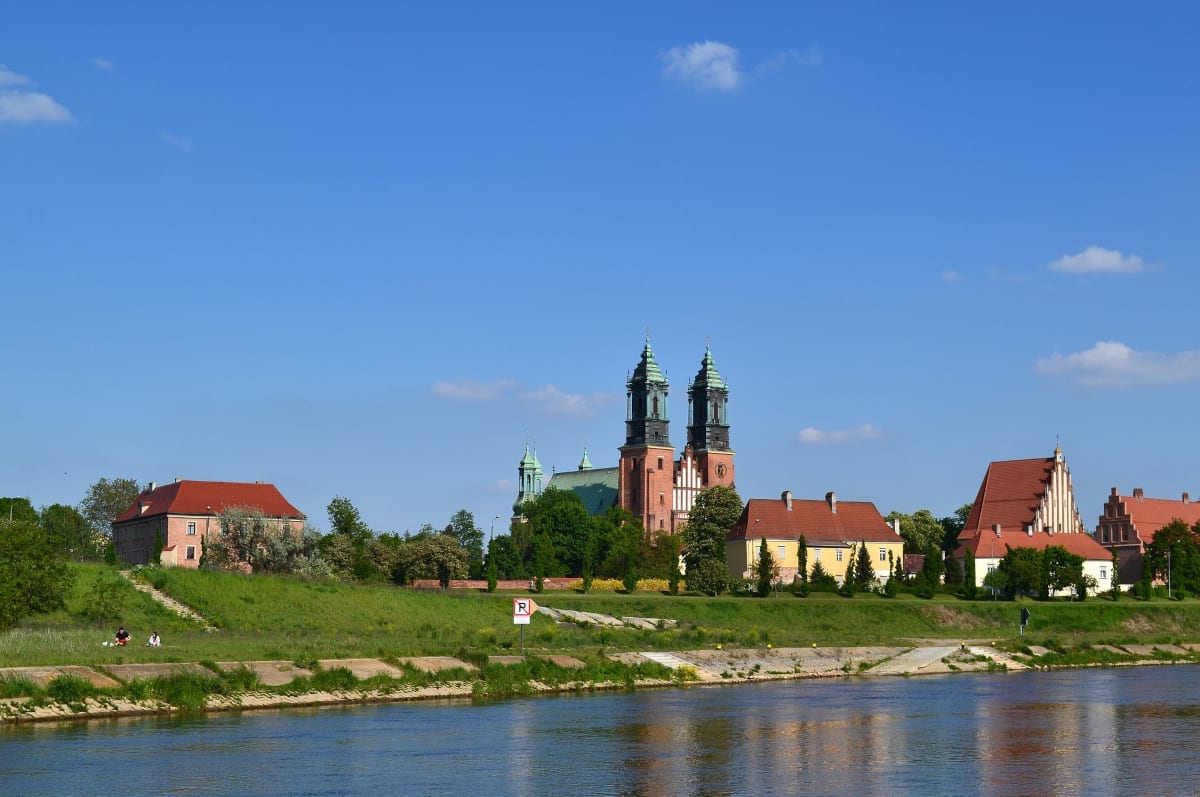 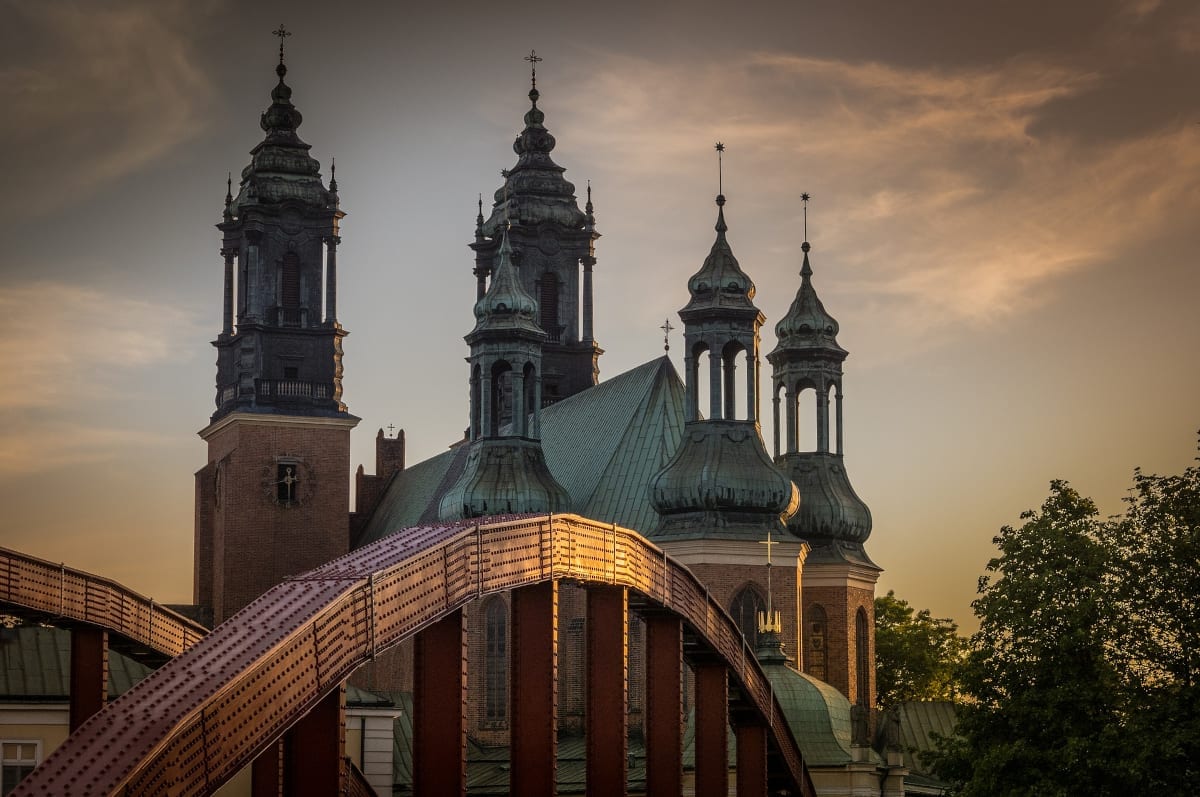 Discover the most romantic places in Poznań with a professional local guide. You will be surprised how many historical love stories are hidden in the streets, buildings & parks of the city. 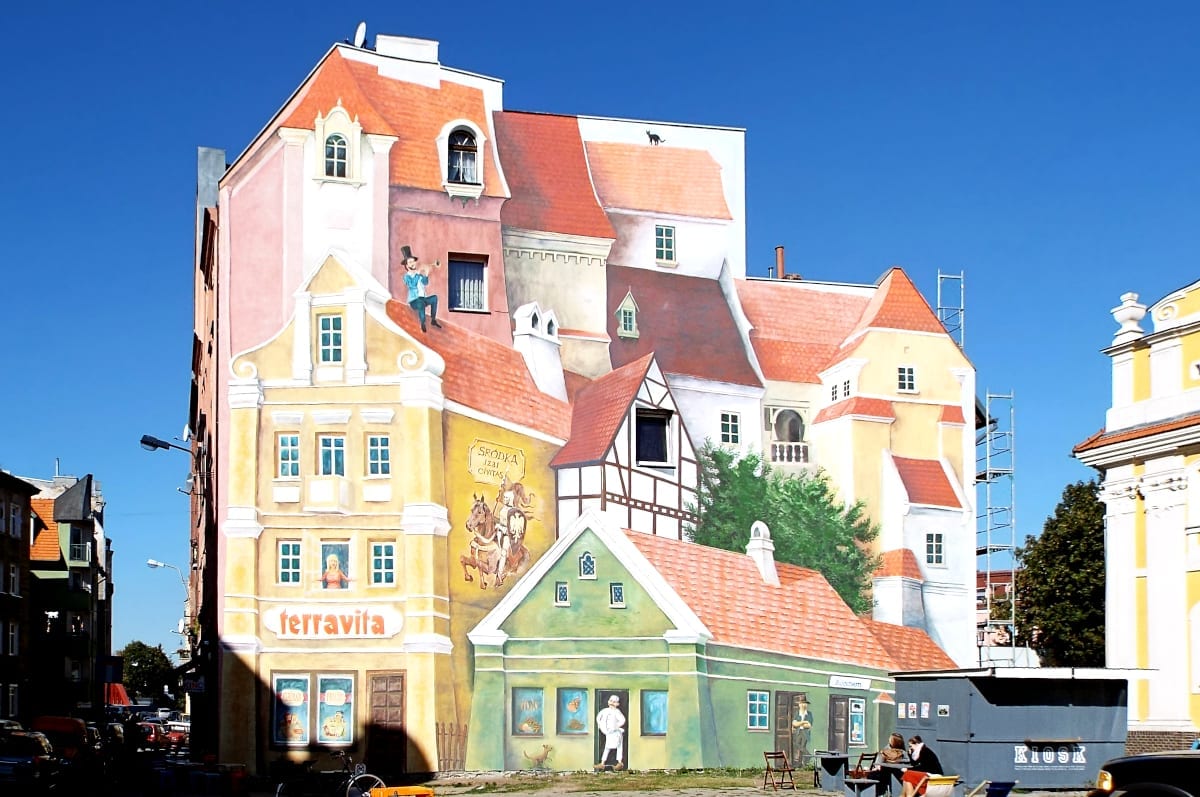 Also known as Cathedral Island, Ostrów Tumski is an island between two branches of the river Warta in the city. Poznań Cathedral and other ecclesiastical buildings occupy the central part of the island, which is part of the city’s former New Town district, although it is actually the oldest part of the city and is the place where Poznań and the Polish state was founded. The island is 1km east of the Old Town. The monumental double towered Archcathedral Basilica of St. Peter and St. Paul is one of the oldest churches in Poland and the oldest Polish cathedral, dating from the 10th century. It stands on the island of Ostrów Tumski north-east of the city centre. The cathedral is Gothic with additions from later periods such as the baroque upper towers. The first two kings of Poland: Mieszko I and Bolesław Chrobry are buried there.

Greater Poland (Wielkopolskie) is often referred to as being the “Cradle of Poland" and if you want to experience the essence of Poland’s eventful history, this is the province to head to. The Polish state was founded here in the Middle Ages with the cities of Poznań and Gniezno being the early centres of royal power. Gniezno was once the capital of Poland prior to being moved to Kraków. Today, Greater Poland is a historical province with an immense pride in its long history, the largest city is Poznań, followed by Kalisz, which is the oldest city in the country. Kalisz was first mentioned in the 2nd century AD as Calisia, a trading settlement on the Amber Route between the Roman Empire and the Baltic Sea. 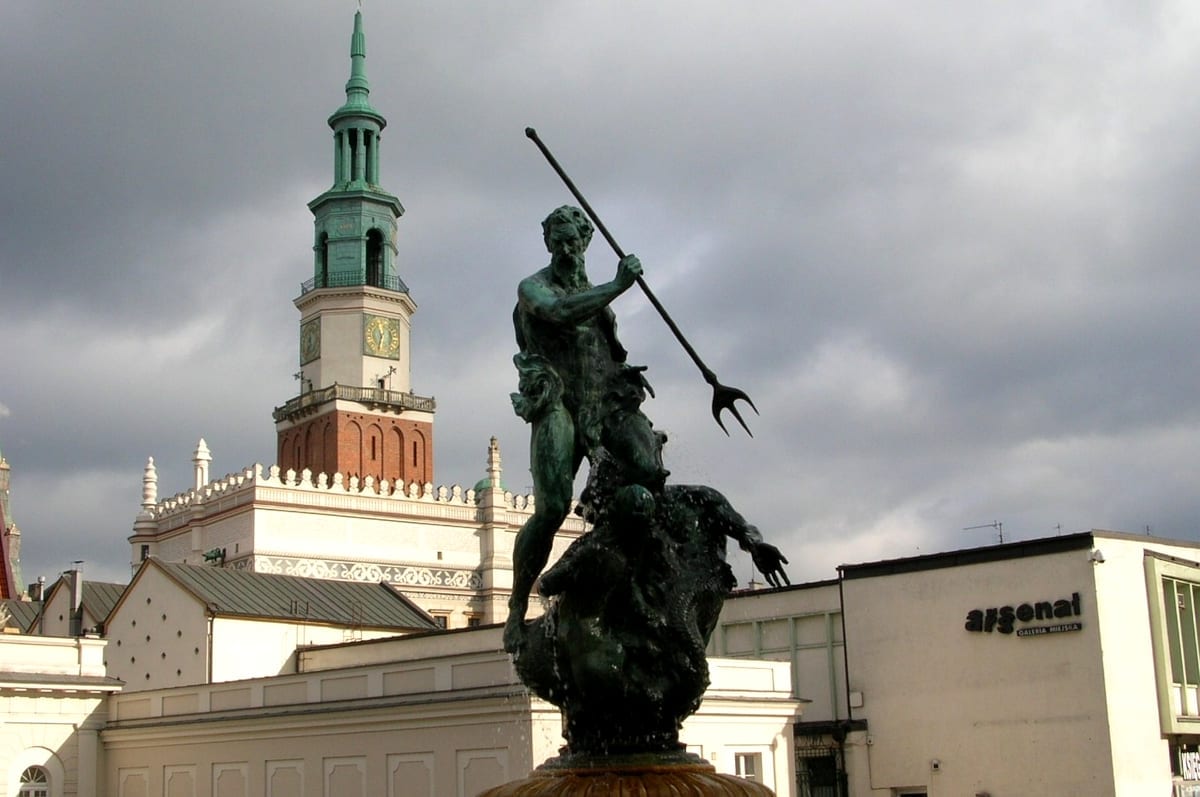 Explore all the highlights Poznan's Old Town on a 3-hour private walking tour. Begin your tour at one of the finest churches – Parish Church of St. Stanislaus (Fara Church). This stunning church is known for its magnificent Baroque ornamentation in the chapels of the Holy Cross, which features a 16th-century crucifix and the Virgin Mary. Stroll past the picturesque Chopin Park to the town square of Poznan to explore the lively Market Square. Stop at the Town Hall to hear the funny legends about its Goats, then view the monument of Bamberka, Palace of Gorki, historic tenements and fountain of Proserpina. Continue with your knowledgeable guide to the Polish Theatre and Grand Theatre – both made in great style of architecture. 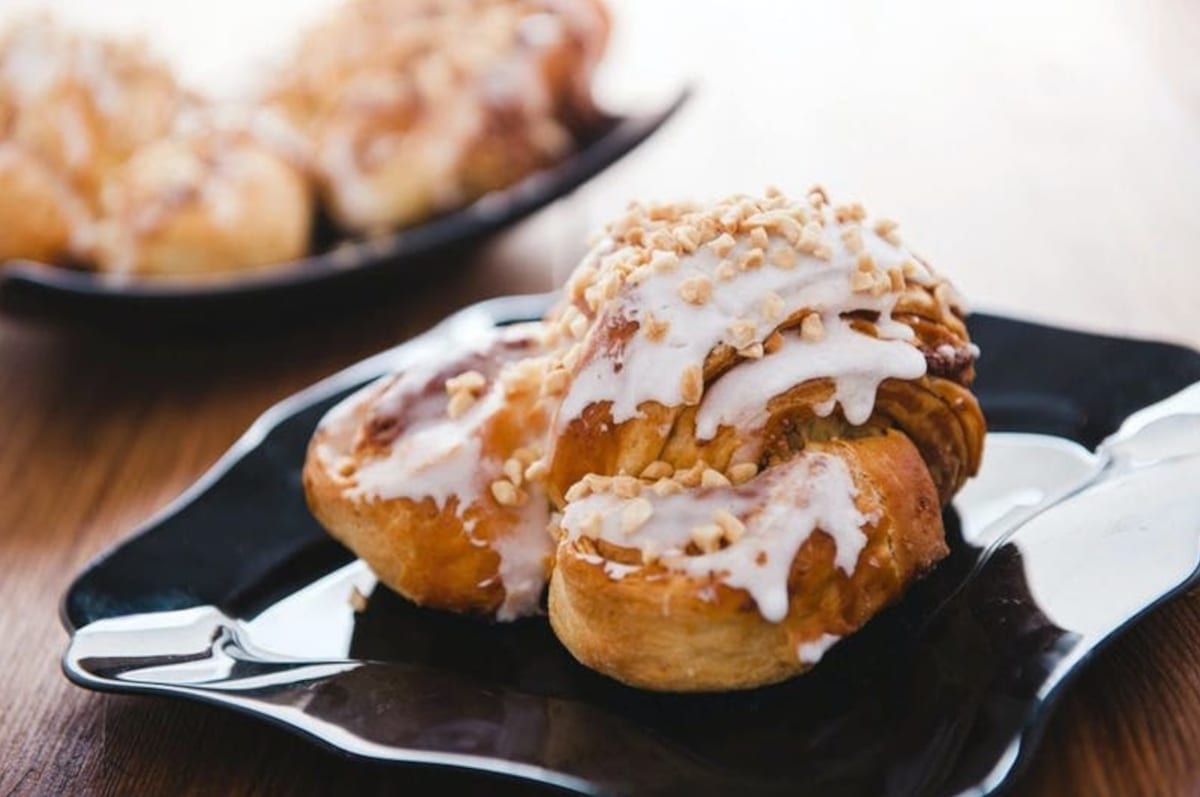 Explore the highlights of Poznan's Old Town on a private guided walking tour and visit the Croissant Museum with your included entrance ticket. Begin your tour at one of the finest churches – Parish Church of St. Stanislaus (Fara Church). This stunning church is known for its magnificent Baroque ornamentation in the chapels of the Holy Cross, which features a 16th-century crucifix and the Virgin Mary. Stroll through the picturesque Chopin Park to the town square of Poznan to explore the lively Market Square. See the Town Hall and hear the funny legends about its Goats, then pass by the monument of Bamberka, Palace of Gorki, historic tenements and fountain of Proserpina. Finally, step inside the Croissant Museum with your included entrance ticket. 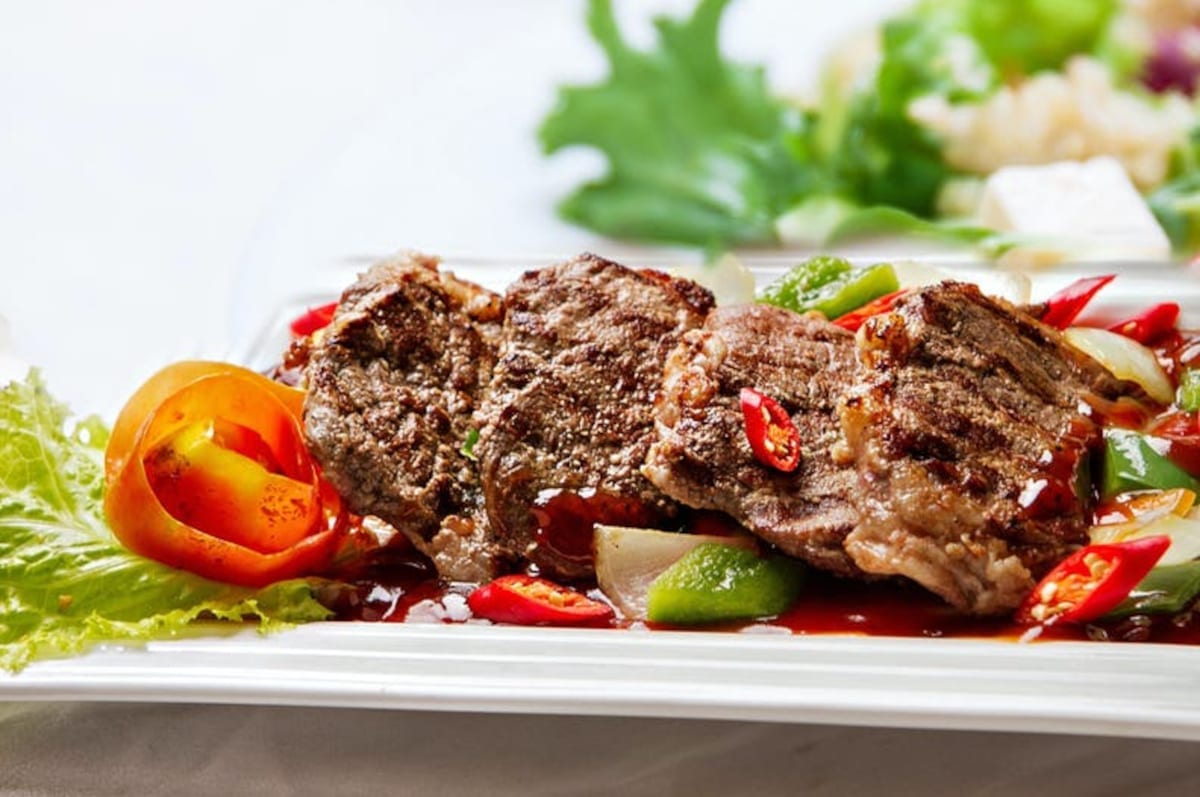 The culture of eating has strong roots among Polish people and your professional guide will show you the best dishes from Polish cuisine in two or three carefully chosen local venues. At these places, you will have the special occasion to try and compare a rich range of traditional dishes. Choose a 2.5-hour option to try a basic set of food in 2 places includes different kinds of dumplings, Polish meats and other specialists, also one soft drink and cake and coffee/tea (except soup and beer). Don’t miss the best sights of Old Town Poznan during your walking tour between locations. Experience a 3.5-hour food and sightseeing tour in Poznan Old Town and taste even more traditional Polish food at 3 venues. 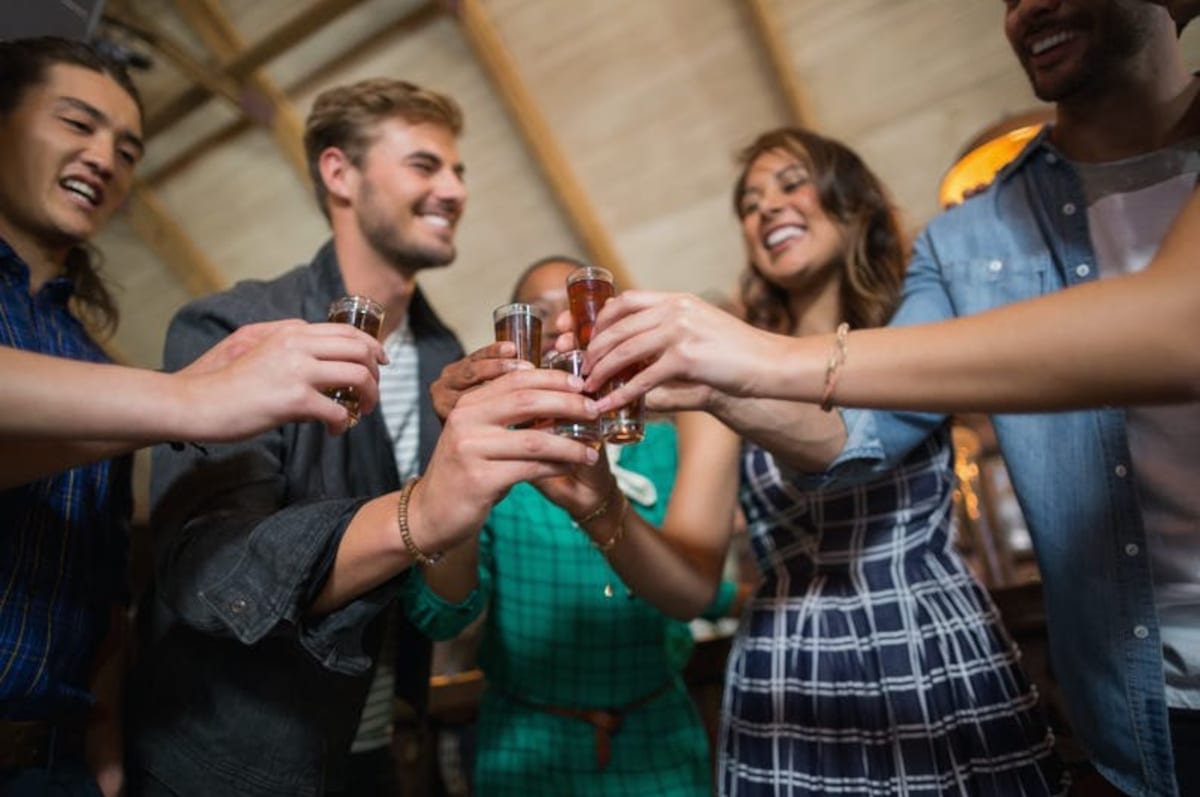 Explore the highlights of Old Town Poznan with a private guide while experiencing the flavors of Poland. Stop to taste traditional food specialties and wash it down with a nice beer or shot of vodka. Follow your private guide to see the best sights in the city including Town Hall with famous Goats. Get to know the local history and best-kept secrets while strolling through the narrow alleys and see the remarkable buildings from Fara church to Bamberka. Along the way, you'll stop in 4 locations to enjoy a combination of tastings that's not only about the food. Try traditional Polish dishes with dumplings, Polish meats and soup. Then, wet your whistle 8 kinds of beer or 8 kinds of vodka shots.