Centennial Hall was erected in 1911-1913 by the architect Max Berg as a multi-purpose recreational building and is a landmark in the history of reinforced concrete architecture. It was listed as a UNESCO World Heritage Site in 2006. 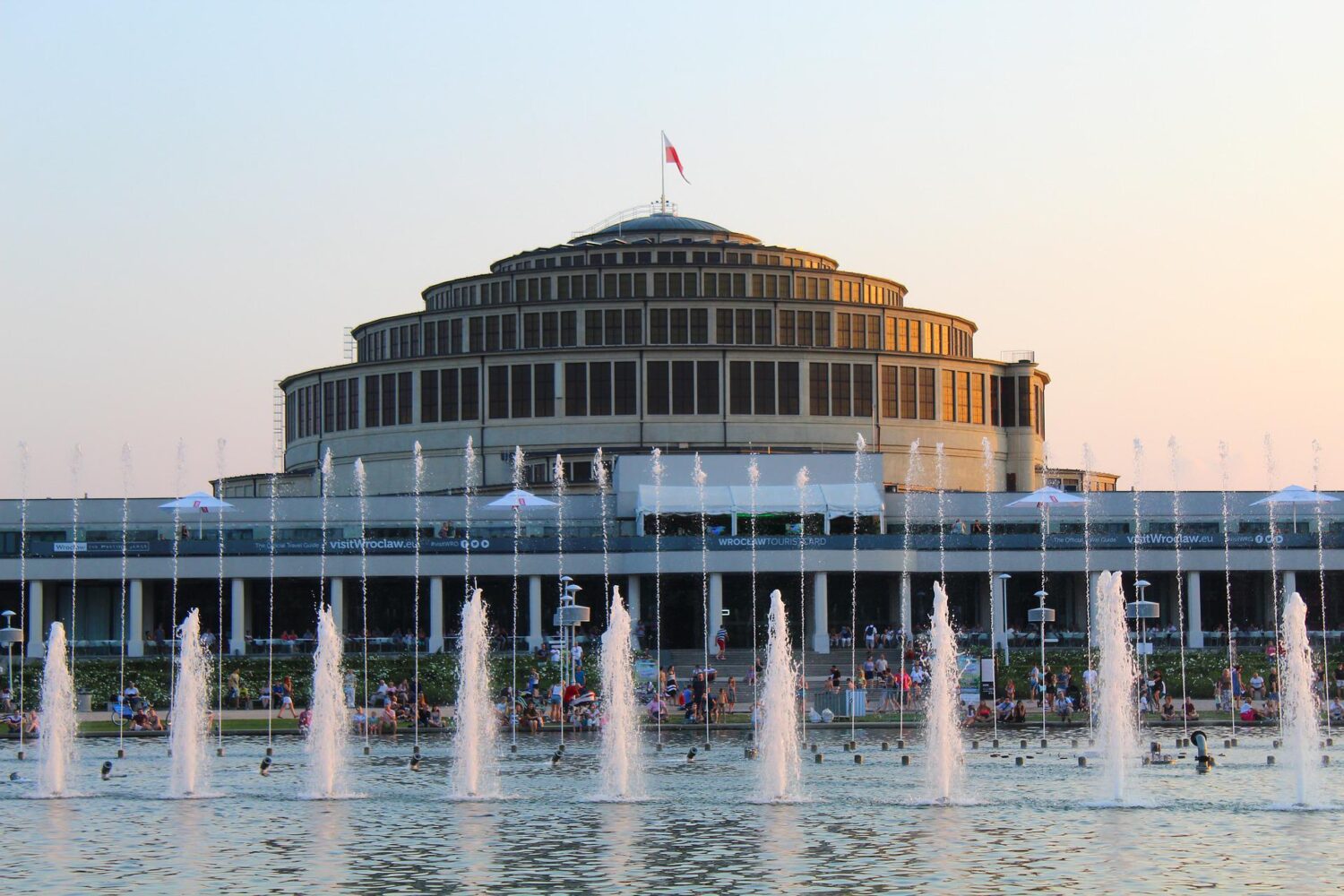 The building is frequently visited by tourists and the local populace. It lies close to other popular tourist attractions, such as the Wrocław Zoo, the Japanese Garden, and the Pergola with its Multimedia Fountain.

The building became one of Poland’s official national Historic Monuments (Pomnik historii), as designated on 20th April 2005, together with the Four Domes Pavilion, the Pergola, and the Iglica. Its listing is maintained by the National Heritage Board of Poland.

The building was designed to respond to emerging social needs and included an assembly hall, an auditorium for theatre performances, an exhibition space and a sports venue.

The hall was built as part of a Centennial Exhibition to celebrate the 100th anniversary of the Battle of Leipzig, won by the anti-French coalition against Napoleon Bonaparte.

The 23m dome was the largest ever reinforced concrete dome in the world at the time and was made from steel and glass. The hall had an inner diameter of 69m and a height of 42m and was the largest building of its kind at the time of construction. It can seat around 7,000 people.

The Centennial Hall (Hala Stulecia) is currently one of the most sought-after places to organise exhibitions, conferences, congresses, and cultural and sporting events within Poland and from overseas.

Here are some common questions and answers that you might find helpful:

Q: Where is the Centennial Hall located?
A: The Centennial Hall is located in Wrocław, Poland, in the district of Psie Pole. It’s situated within the Wrocław City Park, one of the largest city parks in Europe.

Q: What is the history of the Centennial Hall?
A: The Centennial Hall was designed by architect Max Berg and was one of the first buildings in the world to be constructed using reinforced concrete. It was intended as a multifunctional building and was used for various events such as concerts, exhibitions, and sporting events. The building was severely damaged during World War II, but was rebuilt and reopened in 1971. Today it is a National Heritage Site and a UNESCO World Heritage Site.

Q: What can I see on a visit to the Centennial Hall?
A: Visitors can explore the Centennial Hall and admire its impressive architecture and learn about its history. You can also see the grand Hall itself, and the bas-reliefs, sculptures and frescoes that adorn it.

Q: Are there any other things to do in the area?
A: The Centennial Hall is located in Wrocław City Park, which is a great place to relax, take a walk, or have a picnic. You can also visit the nearby Japanese Garden or the Zoo. Wrocław is a beautiful city with lots of things to see and do, like the Old Town, Wrocław’s famous dwarfs and many other historic buildings, monuments and museums. 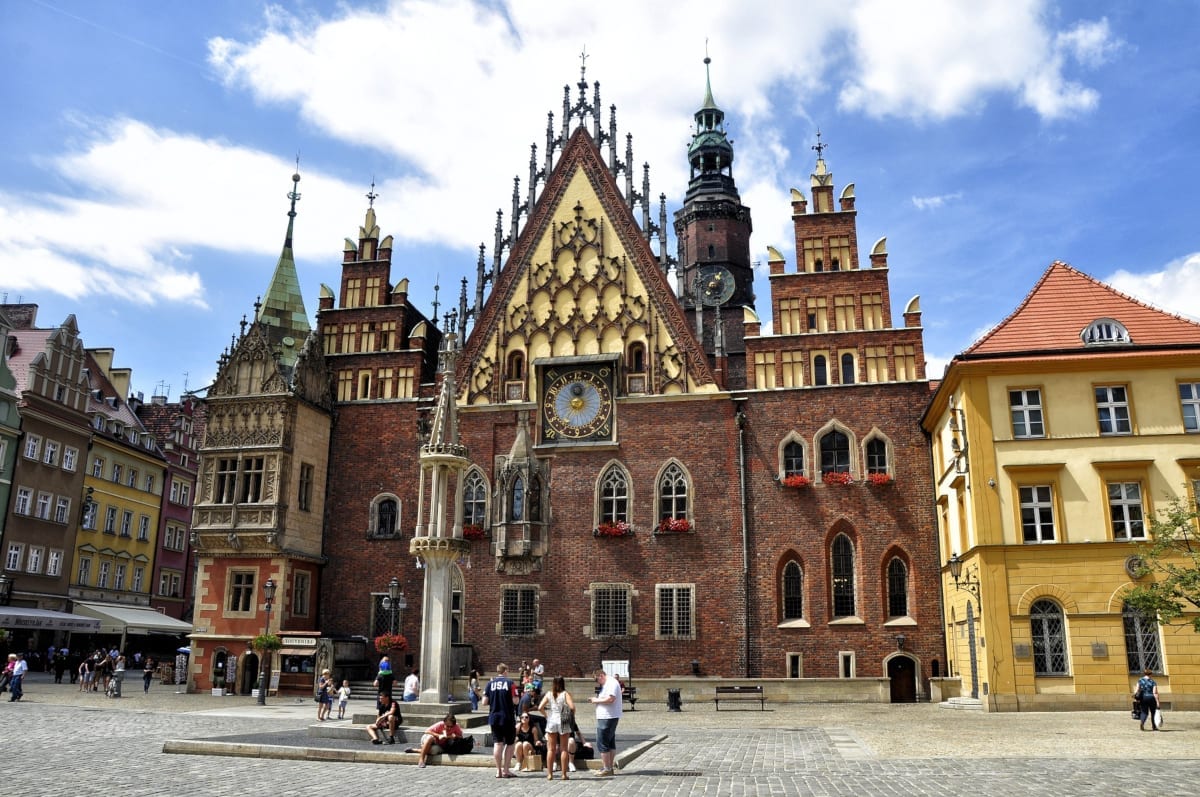 Discover the beauty of Wroclaw during a 2-hour electric car tour. See many of the interesting sights and landmarks of the city in a convenient and comfortable way.

The itinerary takes visitors to 30 of the most important monuments and attractions of the capital of Lower Silesia.

Commentary on board is available in multiple languages. The high-quality sound system in the electric car makes it possible to learn about the exciting history of the city in the language of your choice.