Lancut Castle is a beautiful and well-preserved castle located in the town of Lancut in southeastern Poland. The castle is considered to be one of the most important and well-preserved aristocratic residences in Poland, and is known for its beautiful interiors and elegant architecture. 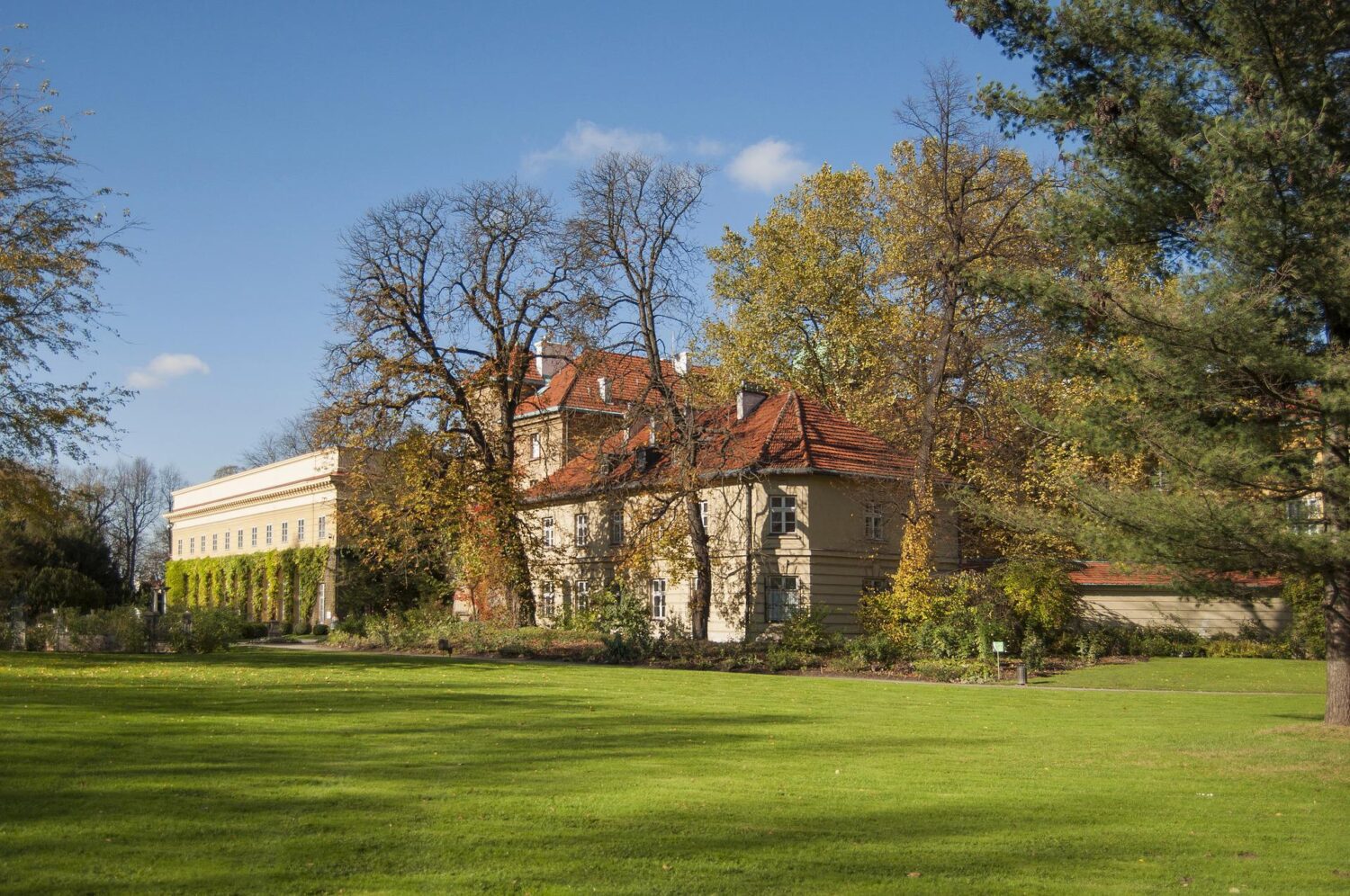 Łańcut is a town in south-eastern Poland situated in the Subcarpathian Voivodeship. Also located within this region is the fairy tale Krasiczyn Castle

Initially, the building was a 15th century fortified manor house. It was converted into its present form in 1641 by Prince Stanisław Lubomirski and over the years, the building has been remodelled with added neoclassical, rococo and neo-baroque elements.

The castle’s interiors are particularly impressive and boast a number of ornate rooms, including the Grand Hall, which features frescoes and stucco decoration, and the Library, which is home to a valuable collection of books and manuscripts. The castle also has a beautiful chapel, with a Rococo-style altar and frescoes.

The highlights of the tour include the 17th century Grand Hall, the Great Vestibule, the Zodiac Room, the rococo Corner Room and the Renaissance style Eastern Corridor. Also worth exploring is the English style garden, which surrounds the palace complex. 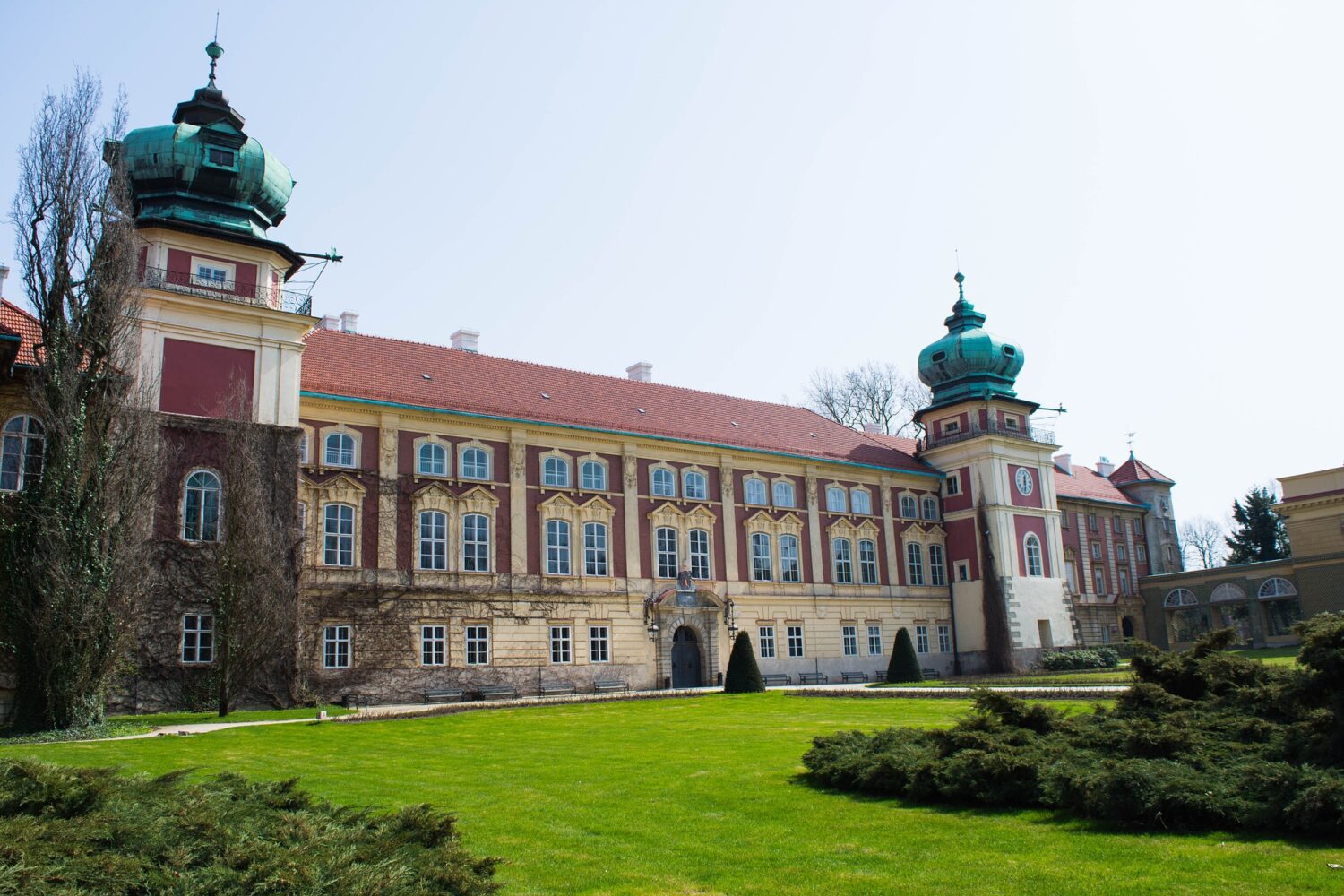 Some of the rooms in Lancut Castle date back to the 17th century and some were created in the 18th century. Many interiors were arranged later on at the turn of the 19th and the 20th century. Today, some of these interiors are used to showcase works of art from the Lancut collections and from other museums in addition to superb collections of furniture, porcelain, silver, glass, fabrics, musical instruments and books.

Lancut Castle was once owned by Alfred Potocki who was one of the richest men in pre-WWII Poland. During his tenancy, Alfred accumulated a very large collection of art works including paintings and horse-drawn carriages among many other items of worth. Shortly before the arrival of the Red Army in July 1944, he successfully moved the most valuable items within the castle to Liechtenstein to keep them from being destroyed or looted.

As part of the tour, you will also be shown the Coach House, which is located 300m south of the castle. Among other interesting exhibits, the Coach House contains a priceless collection of horse-drawn carriages once owned by Alfred Potocki; which were built by some of the most famous carriage makers in Europe.

During World War II, the castle was occupied by the Germans and was used as a hospital. After the war, the castle was nationalized and served as a state-run institution and later as a museum. Today the castle serves as a cultural and historical center, hosting various exhibitions and cultural events throughout the year, and it is open to visitors.

Lancut Castle is a national monument and is considered to be one of Poland’s most important historical sites, it is also considered one of the most luxurious castle of Poland. It is a popular tourist destination, and attracts many visitors each year who are interested in the history, architecture and interiors of the castle.