Of all the traditions in Poland, Fat Thursday is one of the most popular, one of the oldest (16th century) and definitely the tastiest.

Fat Thursday (Tłusty czwartek in Polish) happens every year in February and on the last Thursday prior to Ash Wednesday marking the beginning of Lent. It basically involves eating as many doughnuts as possible; which apparently brings you good luck. 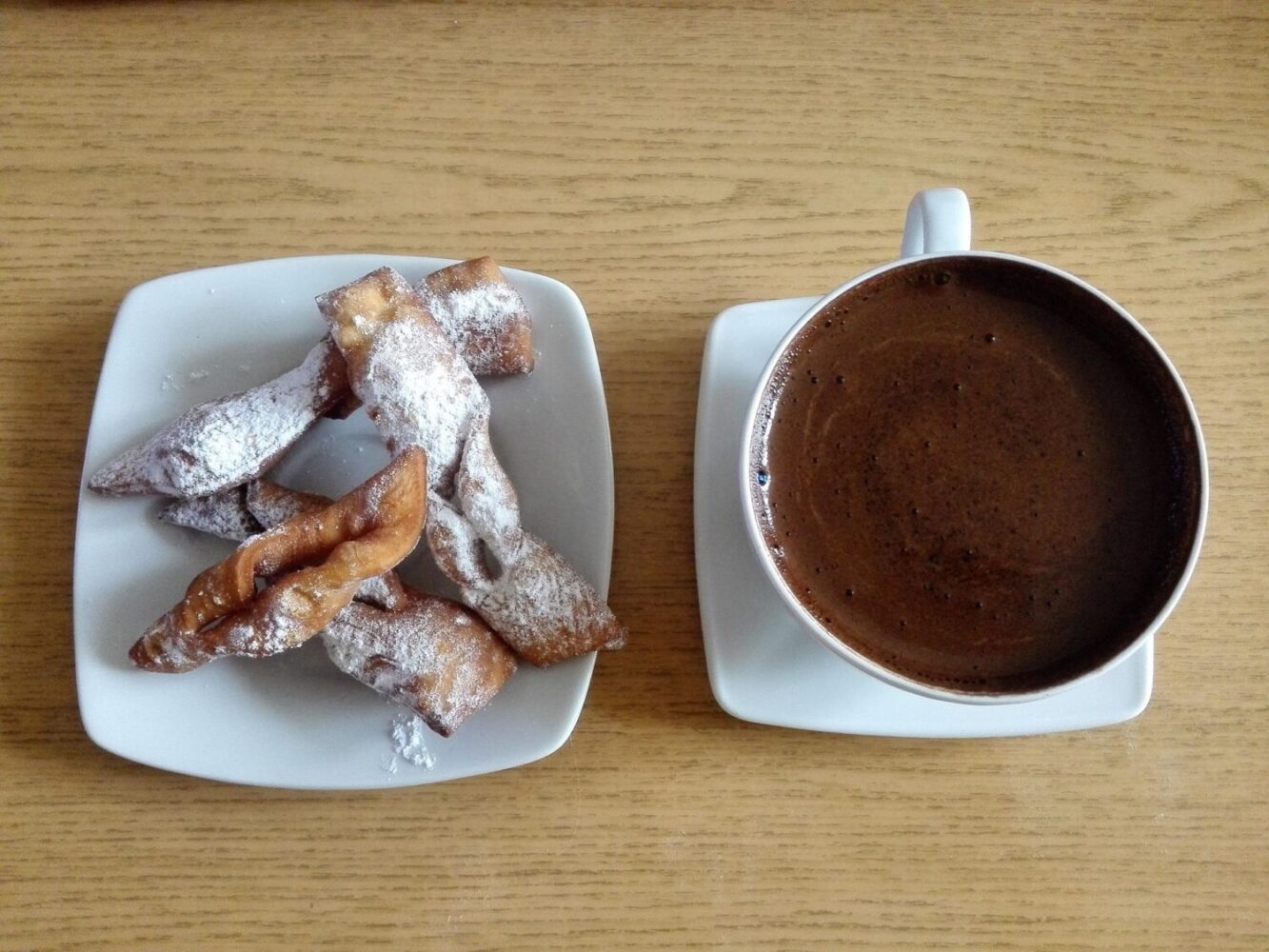 Each year, 100 million doughnuts are consumed in Poland on Tłusty czwartek, that equates to two and a half for each person.

The type of doughnuts eaten are known as pączki; which are deep-fried, usually filled with jam or marmalade, sugar glazed and topped with candied orange peel. As an alternative to pączki (or more likely as an addition to), Poles also like to eat faworki. These are thin doughnut ribbons; which are fried until they are crispy and topped with powdered sugar and are also known as “angel wings.” 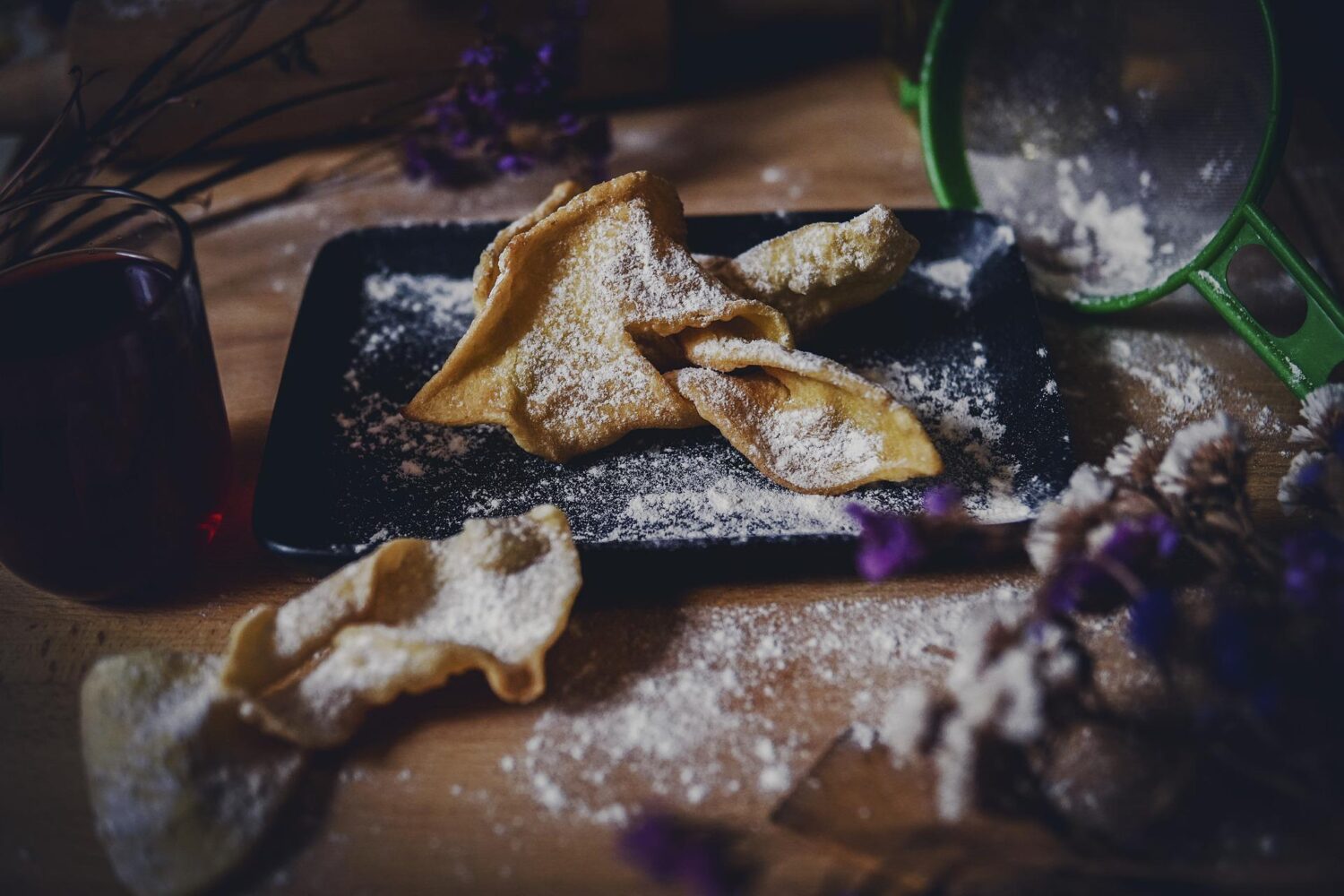 The traditional reason for making pączki was to use up all the lard, sugar, eggs and fruit in the house, because their consumption was forbidden by Christian fasting practices during the season of Lent.

You can buy pączki and faworki from most bakeries any day of the year; however it is only on Fat Thursday when you will see queues a few hundred metres long outside of the best bakeries with Poles making sure that they get their hands on the best doughnuts. The two most famous bakeries in Poland are Zagoździński in Warsaw or Michałek in Kraków.

Over the years, the recipe for doughnuts has evolved considerably. Today, they are light and fluffy, back in the 16th century they resembled rocks and it is said that if thrown at you, they could cause damage. 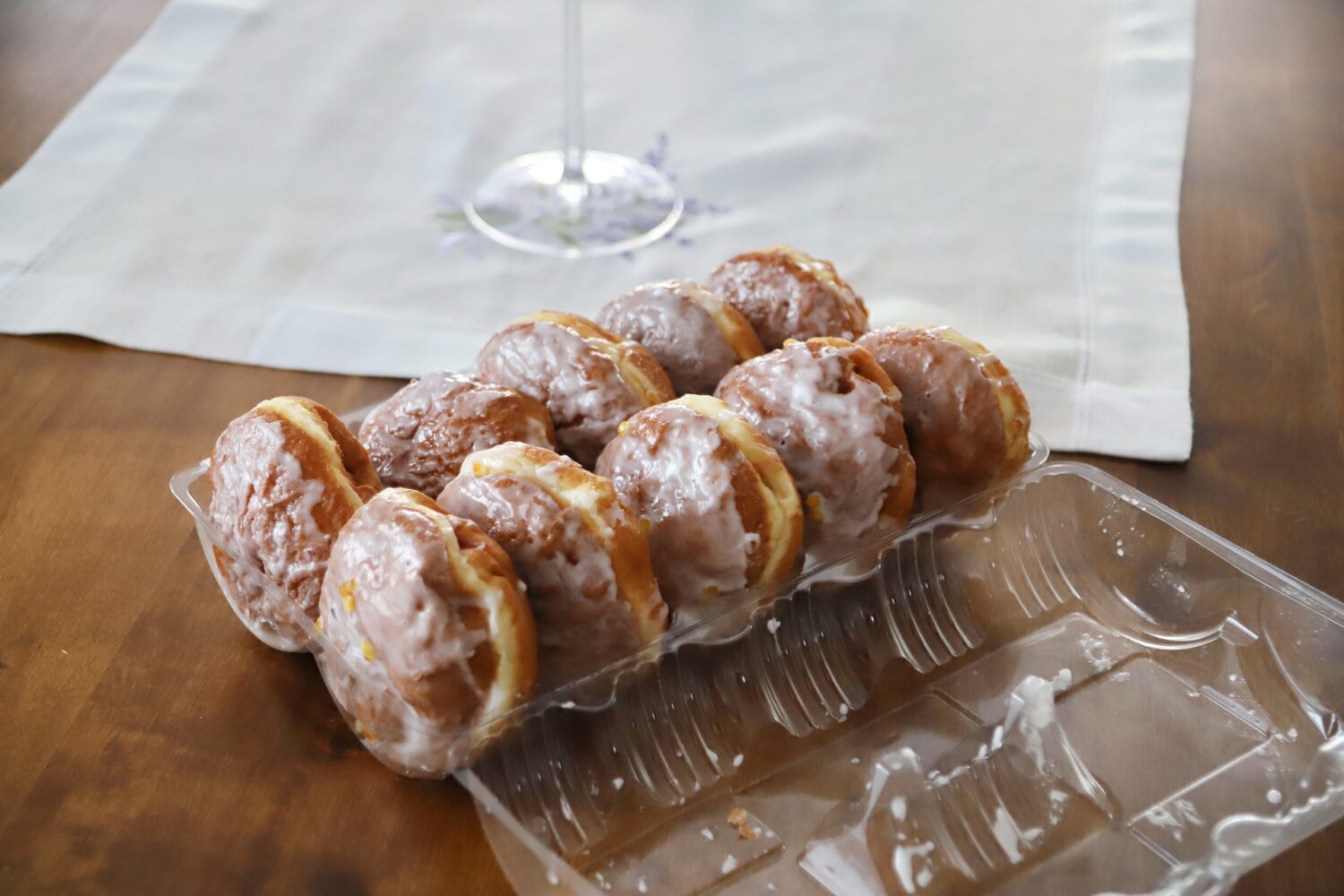 The tradition of Tłusty czwartek is so strong; there are even proverbs written about them such as ‘those who don’t eat a stack of pączki on Fat Thursday will have an empty barn and their field destroyed by mice.’

Pączki are different to doughnuts that you will find in other countries, the traditional recipe includes lard, eggs, yeast, wheat flour and loads of sugar. They are fried in lard or deep oil for a very short while and they taste at their best when they are still warm. A small amount of grain alcohol (traditionally rectified spirit) is added to the dough before cooking; as it evaporates, it prevents the absorption of oil deep into the dough.

Today, Polish chefs cater for everyone and it is possible to find vegan and gluten-free versions of doughnuts and even the traditional filling is often replaced with alternatives such as vanilla custard or chocolate.

The equivalent of Fat Thursday is also celebrated in other countries such as Germany, Italy & Spain. It is similar to the British tradition of Shrove Tuesday, where many Brits eat pancakes on the final Tuesday before lent.